The COVID-19 pandemic has required everyone, including businesses, to adapt and innovate. How can you serve your customers when you can’t be near them? How do you promote your business? And if you’re an artist or writer, how do you still connect with your audience? 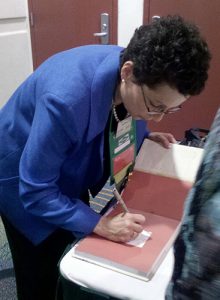 Authors have had to cancel book tours and signings since the pandemic occurred. And, of course, libraries and bookstores are closed, so books are being purchased online.

For years, however, authors and publishers have been using bookplates to send to readers, either as a promotional item from their website, or to give to people in person. What could be easier than signing bookplates in advance and having them ready at book signings?

One of our longtime customers is an author and speaker. Jill Tietjen, who co-authored Her Story: A Timeline of the Women Who Changed America, used bookplates for years for speaking engagements throughout the country. She signed the bookplates in advance and added a personal note when her book was purchased. 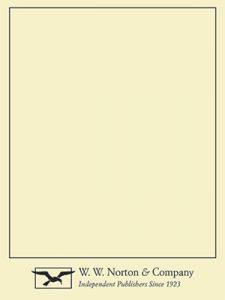 While in-person signings have now been canceled, more and more authors and publishers are using bookplates to continue to stay in touch with their readers. We have had several orders from loyal customer W.W. Norton & Company — a well-known independent and employee-owned publishing house — for their various authors. W.W. Norton has two of its own designs that Bookplate Ink prints. During this time of working from home we are of course, able to ship directly to the authors. 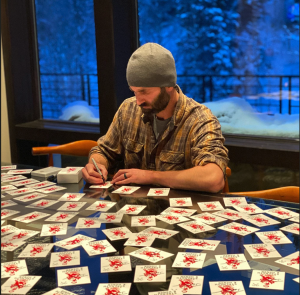 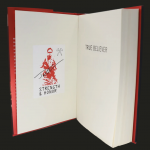 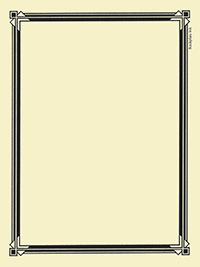 Grove Atlantic, another well-known independent literary publisher, ordered some of our non-personalized border designs when they needed bookplates quickly for promotions for their authors. The one shown here, design N100, can be ordered both personalized and non-personalized. This art deco design is one of our most popular border designs. We have several more border designs suitable for signings by authors and speakers at bookplateink.com.

I’ll be honest. I really don’t like reading ebooks. And I find if difficult to concentrate listening to audiobooks, even though I love listening to podcasts. I read hard copy books, ones I can hold in my hands and take to the beach (back in the pre-COVID-19 days). I like books whose covers I can look at and whose pages I can flip through.

But as the owner of Bookplate Ink, audiobooks and ebooks are also a little scary and disappointing to me. And with the coronavirus pandemic, I have had some concern that people will start reading more ebooks. After all, libraries and many local bookshops are closed.

But there’s hope! Today is World Book Day, officially UNESCO World Book and Copyright Day. As Audrey Azoulay, Director-General of UNESCO said, “Books have the unique ability both to entertain and to teach. They are at once a means of exploring realms beyond our personal experience through exposure to different authors, universes and cultures, and a means of accessing the deepest recesses of our inner selves.” What better day to think about and act on that than today? If you’re like me, the state of the world today makes it all the more tempting and important to be able to escape into a good book.

Here in Ohio, it is a rainy day today. Perfect for curling up with a good book!

Recently, I had the pleasure of visiting Basel, Switzerland. Basel is a beautiful city on the banks of the Rhine, with houses and buildings dating back to the 1600s. There are many museums there, including art museums, a toy museum, a caricature and cartoon museum, and a music museum. 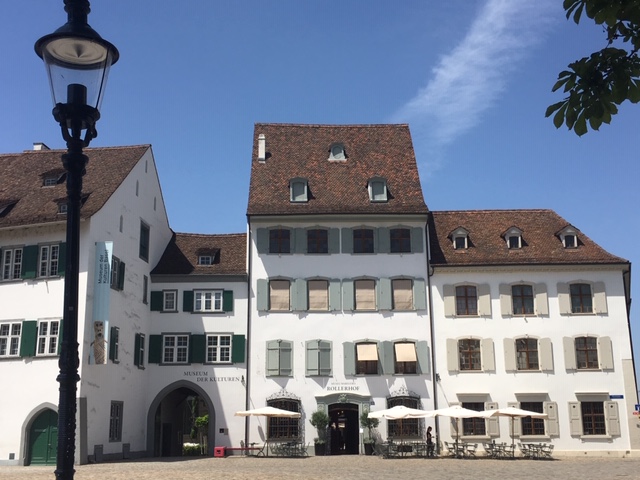 My husband and I were visiting friends, but I couldn’t resist going to the Basel Paper Mill. This wonderful mill/museum produces and sells paper and paper products and print services, while operating as a museum. 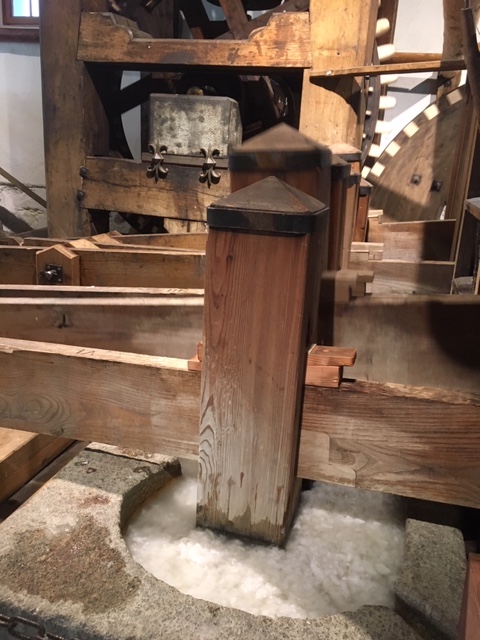 On the first floor, visitors are able to not only view paper being made, but try their hand at it also. The photo on the left shows a mixture of pulp and water being mashed together while the one on the right shows the back end of the machinery. 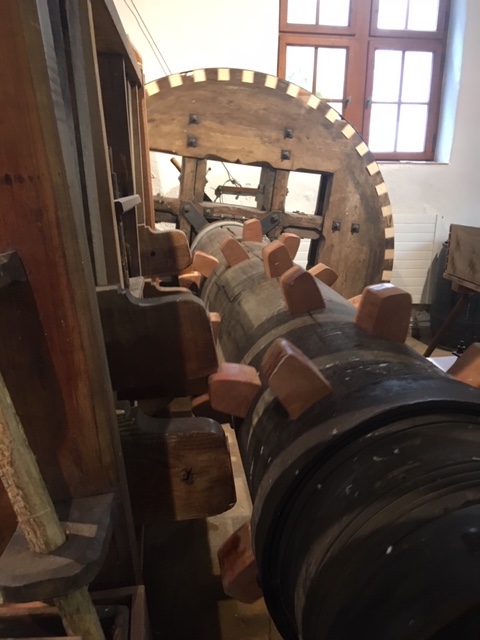 Watch and listen to the video below, showing the entire machinery mashing the pulp to prepare to make the paper. I love the sound!

Upstairs, there is a full letterpress print shop, including the original Heidelberg press shown here. 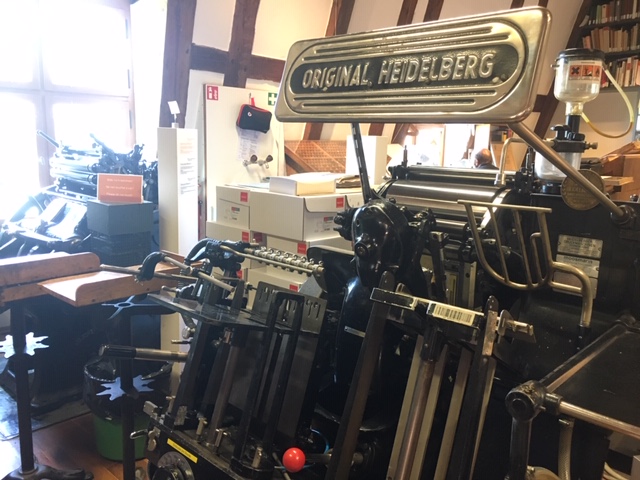 And, of course, it was thrilling to find bookplates amongst the print samples in the shop, The bookplate shown below is one I’d seen online. 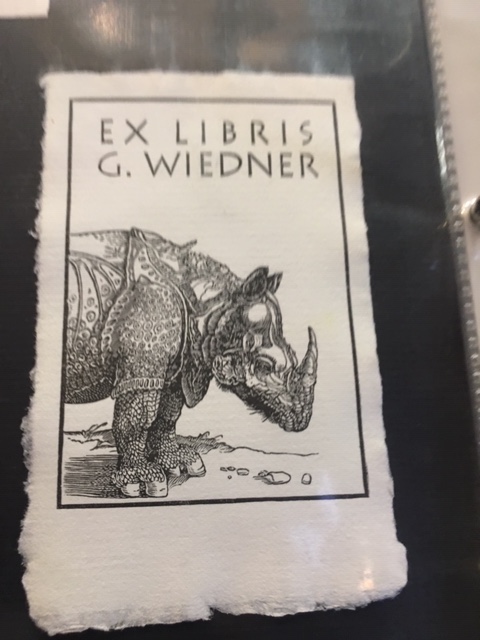 This is only a snippet of the many interesting experiences and information in the paper mill/museum. If you are ever in Basel, don’t miss it! 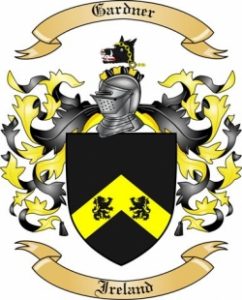 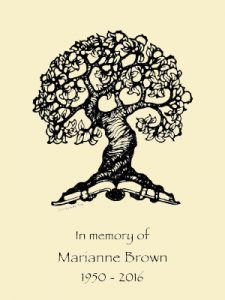 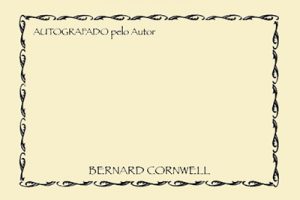 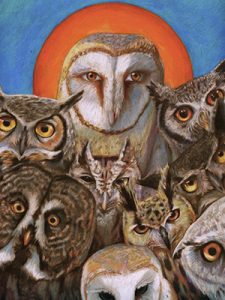 Printing bookplates brings the surprising opportunity to learn about interesting projects, non-profit organizations, and companies around the world. We have printed bookplates for George and Barbara Bush to sign for a cookbook of their recipes, as an incentive for Kickstarter campaigns, and for politicians to sign at speaking engagements.

One of our most loyal and lovely customers is Claire Insalata Poulos, the founder of a wonderful organization that helps feed those in need. Claire had been ordering bookplates for years before I realized what important work her organization was doing.

Claire founded Table to Table in 1999, after volunteering at a food bank. According to tabletotable.org, “working at the food bank opened the eyes of this chef trained, marketing professional to a horrifying truth: tons of healthy, usable, fresh food was being thrown out and wasted every single day. With the help of New York City’s City Harvest, a handful of committed chef friends and a few volunteers, Table to Table started rescuing the excess fresh food from three local restaurants and a few grocery stores. The first two recipients of this free, wholesome food were two local soup kitchens. Today, its fleet of five refrigerated trucks serves over 80 hunger relief agencies throughout northern New Jersey.

The food Table to Table’s trucks collect is donated by approximately 200 supermarkets, restaurants, and distributors and delivered to homeless shelters, soup kitchens, after-school programs and homes for the elderly. Corporate sponsors and chefs such as Thomas Keller, Emeril Lagasse, Tom Colicchio, Lidia Bastianich, Anthony Bourdain and Mario Batali have all helped support Table to Table’s mission.

Table to Table uses bookplates when they honor authors. The bookplates can be sent to the author for signing and transported more easily than the books themselves. Claire orders design, MR100, shown on the right. This artwork, by Provincetown, MA, artist Amy McGregor-Radin, is one of our more contemporary offerings. We alter the design by leaving off the “This book belongs to” text. This leaves plenty of space for authors to sign below the appropriately food-themed, bright artwork.

Table to Table has now served more than 122 million meals in New Jersey and is a consistently top-rated charity. Truly it is inspiring to see what one woman’s vision and the help of others could accomplish.

This past August, my husband and I had the good fortune to travel to Europe.  We spent a week in Lucerne, Switzerland, attending spectaular concerts at the renowned Lucerne Music Festival and hiking in the Alps with friends. After traveling by train to Italy, we visited Lucca, Florence and Cinque Terra, walking for miles, and loving the history and beauty of the area.

From there, we took the train to Venice, where we took in many of the wonderful museums and explored the city. One of the museums we visited was the Museo Correr in Venice, Italy. The Correr sits directly across Piazza San Marco from Basilica San Marco, and is steps away from the Grand Canal. There is an awe-inspiring amount of history and culture in just this one small area but I am going to focus on one exhibit in the Correr.

Within the museum is the Pisani Library, a room filled with beautiful walnut bookcases that came from the Pisani family palace at San Vidal. The Pisanis, an aristocratic family in Venice from the 12th to 18th centuries, were an important influence on the culture and politics of the time. According to the Museo Correr, they were “the first to set up what might be called a library-museum, in an attempt to endow the city’s publishing industry with its own aura of grandeur and munificent service to the State.”

The bookcases today are filled with “rare manuscripts and printed works, dating from the early Sixteenth Century to the end of the

Eighteenth.” Surrounding the shelves are display cases with beautiful books from the 1500-1600s.

The chandelier hanging above was made from Murano glass in the 1700s. Murano is a series of small islands just outside of Venice and has been home to glass-making since 1291, when the glassmakers of Venice were forced to move there due to

fear of fire within the city and its wood buildings.

It was fascinating and awe-inspiring to view the intricate artwork in books from hundreds of years ago. I’m grateful that people such as the Pisani family valued their libraries and preserved the world’s heritage through books. During this “digital age,” let’s not forget the importance and endurance of the printed page.